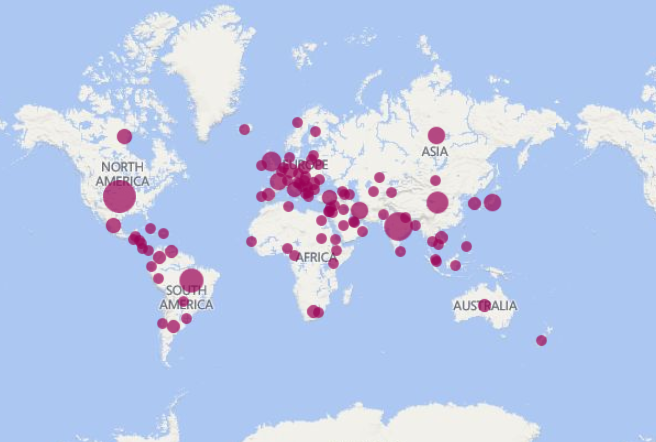 Where are all the hemophiliacs?
Have you ever wondered where other people with bleeding disorders live? This map shows us where people diagnosed with Hemophilia A are living.
Of the countries that participated in the survey, the United States had the most reported cases, with 13,276 hemophilia A cases, and Belize had the fewest, with only 9 cases. Overall, there were 125,049 people with hemophilia A included in the survey
Many developing nations don’t have the infrastructure in place to report on hemophilia statistics. This is why much of the world appears to not have any hemophilia cases.
Source: World Federation of Hemophilia Global Survey 2010

Episode 1: Welcome to the HemoStories Podcast!