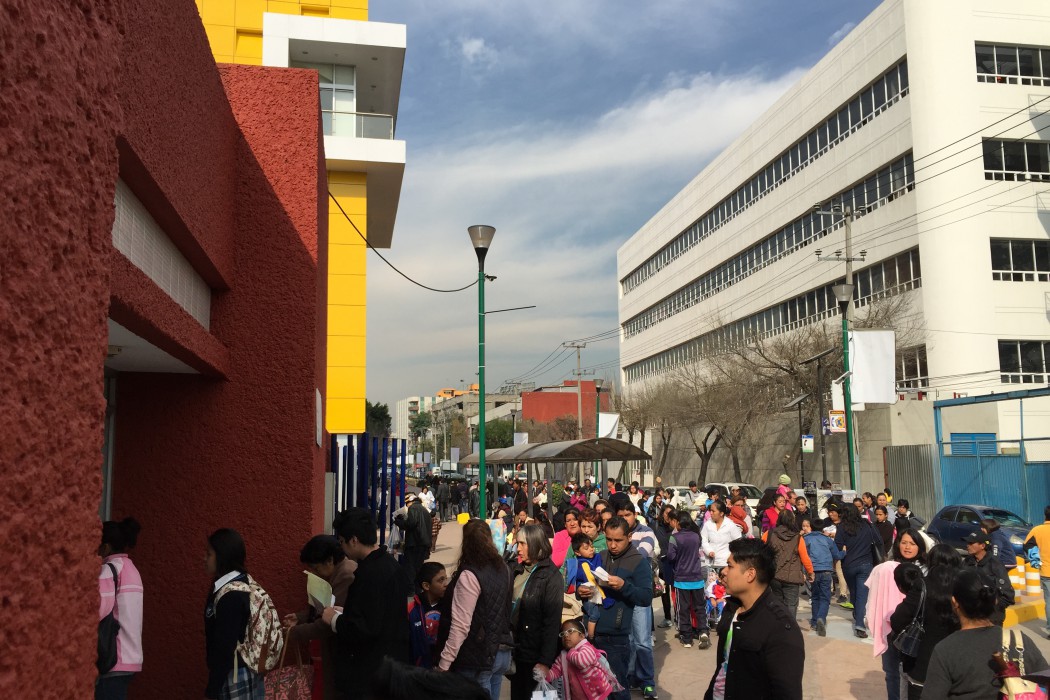 “Last week my family and I had the privilege of going to Mexico City. I had been in communication the Hospital Infantil de Mexico Federico Gomez for a couple of months in preparation of our visit to Mexico City. Our timing was complicated because we happened to be arriving on the same day as the Pope, and even more coincidental, the Pope was planning to visit the same hospital! Fortunately, we were able to arrange for a meeting time (after the Pope’s visit), on the day we flew out of the country. 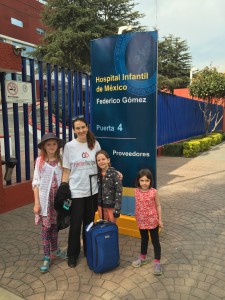 We arrived with a suitcase full of hemophilia-related medical supplies to donate. Our Uber driver dropped us at the wrong door, so my husband and I, and three daughters began walking up the block to the correct entrance. On our way, we passed a very long line of people in need of care who were waiting, many with small children, for admittance into the hospital. It was heartbreaking. I was grateful to see a smaller line at the door I was told to use. The security was tight, and only I was going to be allowed inside. I left my ID at the door, had my picture taken, and was finally escorted into the grounds where I walked with Marisol Arzola to meet Dr. Castillo in the pediatric hemophilia area. There were several families waiting their turn. I was happy to meet one such family, a mother (Maria Espinoza Martinez) and her adorable son (Adriel Sanchez Espinoza) who has hemophilia A, severe. He was sweet and polite, despite being very busy playing with his action figure. 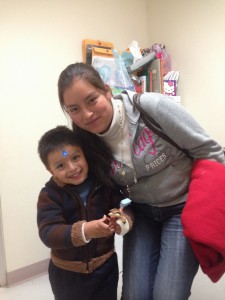 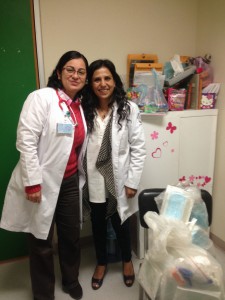 I learned that this is a government hospital which treats people with bleeding disorders from not only Mexico City, but from the surrounding area as well. Some of the patients travel great distances at great costs in order to receive the life-saving treatments they need. I also learned that there is a need for medical IDs among their patients, so HemoHelper is making plans to return in the future with another donation addressing their needs!

While I was inside the hospital, my husband and daughters made the most of their time outside by handing out lollipops to all of the children who were waiting in the line for treatment. I think it was a special memory for them. All in all, it was a beautiful experience, and I’m excited to follow up with a podcast (in Spanish!) and a future donation.

If you are interested in getting involved, please let us know. We love our HemoHelpers and all that they offer (ideas, encouragement, etc.) from around the world! Thank you.”

Hosted by: Joslyn Olsen Guest: Tina McMullen In this episode of HemoStories, Josie interviews Factor Support Network’s Tina McMullen about her job as a client services representative and…