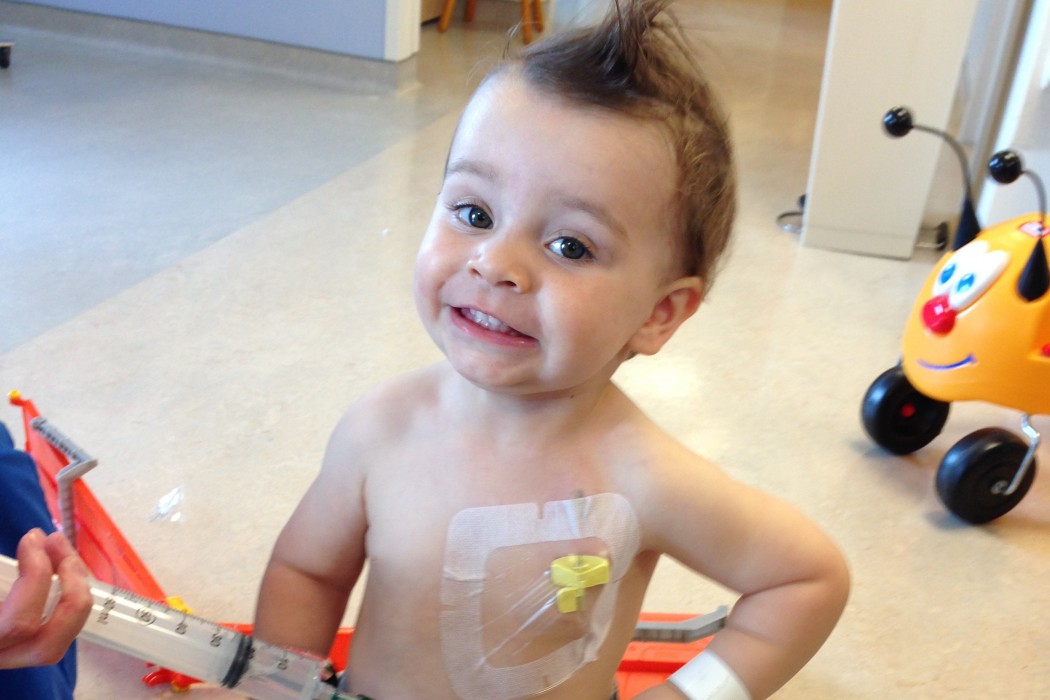 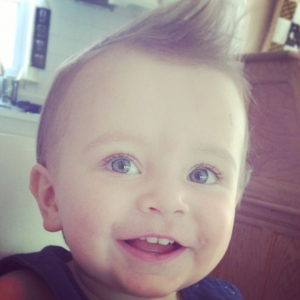 Forrest likes to arrange balls, wear anyone else’s shoes, stir real food in a pot, and dig in the garden dirt as frequently as possible. He is the first in his family to be diagnosed with a bleeding disorder, and has brought so much joy into the lives of those who know him. He’s a cheerful, mellow child with a smile that will melt your soul. He’s the epitome of a HemoHero, because he’s a brave little trooper even in the hardest of times.

Q & A with Forrest’s Mom, Joslyn

HH: Tell us a little bit about your son, and your experience with his bleeding disorder.

JO: Forrest is so much fun. He is inquisitive, happy, and compassionate. Did I mention rare? He is also very very rare. Forrest has Hemophilia “F”… So you’ve heard of Hemophilia A and B, but F?? Some of you are probably squinting your eyes with skepticism thinking, ‘That’s not a thing.’ Ok, ok, so you’d technically  be right. Doctors haven’t assigned letters to all the different bleeding disorders, so Hemophilia “F” isn’t exactly a real thing, but Forrest’s nurse practitioner in Utah coined the term because of his lack of “F”ibrinogen, and we like to keep it in our back pocket. It looks an awful lot like regular hemophilia. Similarities: He can’t clot. Prolonged (off the charts) PT/PTT. Frequent hematomas, risk of internal bleeding, joint risk, factor infusions, port, prophylactic treatment, etc. Differences: Common pathway disorder vs. intrinsic pathway disorder.  INR blood results: 13 (that’s just crazy). His factor comes as a human-derived blood product (not recombinant) in larger doses, and takes longer to administer. Factor I has a longer half life, so Forrest receives less frequent infusions (2 x week). Unfortunately, he has the potential to bleed out AND get blood clots…

HH:What was your “road to diagnosis” with Forrest? JO: We have known there was a problem since he was about a week old, although there were even signs before that. It was a long road to obtain a diagnosis. In his short life, we were told the following by different medical professionals: “He’s just fine but needs some veins to be cauterized… He has a vitamin K deficiency… It’s Hemophilia… Factor X Deficiency. Actually it’s probably a rare form of von Willebrand disease originating in Normandy… Scratch that: He actually may have something entirely new that hasn’t been seen before and that maybe will be named after him some day,”  Etc… After dozens of trips to different hospitals and myriad of blood tests, he was officially diagnosed with congenital afibrinogenemia in India at 5 months old.

HH: What are his most memorable days with hemophilia?

JO: So far, I look back and immediately think about the days of the bleeding umbilical stump and circumcision in the beginning. His first hematoma (of many) was very memorable. The day he was officially diagnosed sticks out. The day my husband and I were diagnosed was also very memorable. Forrest’s first oral surgery. ER visits, allergic reactions, PICC line, port placement, days he only needs one poke, and when he doesn’t seem to mind being at the hospital, etc. He is such a ray of sunshine, so we have lots of happy memories.

HH: In which ways is your life affected by the bleeding disorder?

JO: Well, we’ve never known anyone who had a bleeding disorder before this all happened. We have learned so much. As first time parents, Forrest already was giving us quite the education, but now we have entered into another new world that has really expanded our horizons. Forrest has been such a gift, and even though we wish he didn’t have to go to the hospital and he didn’t have to struggle with this for the rest of his life, we have also been able to find a lot of positives from hemophilia, because it really has put life into perspective for us. We try to focus on the important parts of life, and on things inside of our control.

HH: Why is Forrest your HemoHero?

JO: I think Forrest epitomizes what it means to be a HemoHero. He bravely takes on some really heavy burdens by having a lifelong disease. Even at his young age, Forrest shows a great deal of compassion and sympathy. He shows up to clinic happy and ready to be treated. He’s quick to forgive the nurses (most of the time) after they poke him or treat him. He makes everyone laugh with his silly babble and sweet disposition. 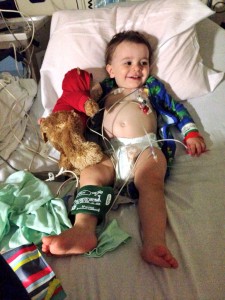 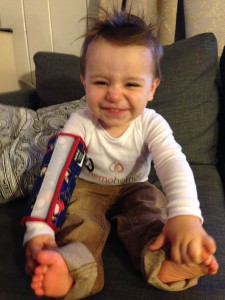 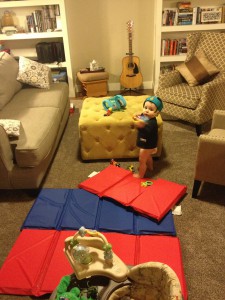 Many people who suffer from bleeding disorders in the developing world have limited or no access to regular medical treatment, often due to the…