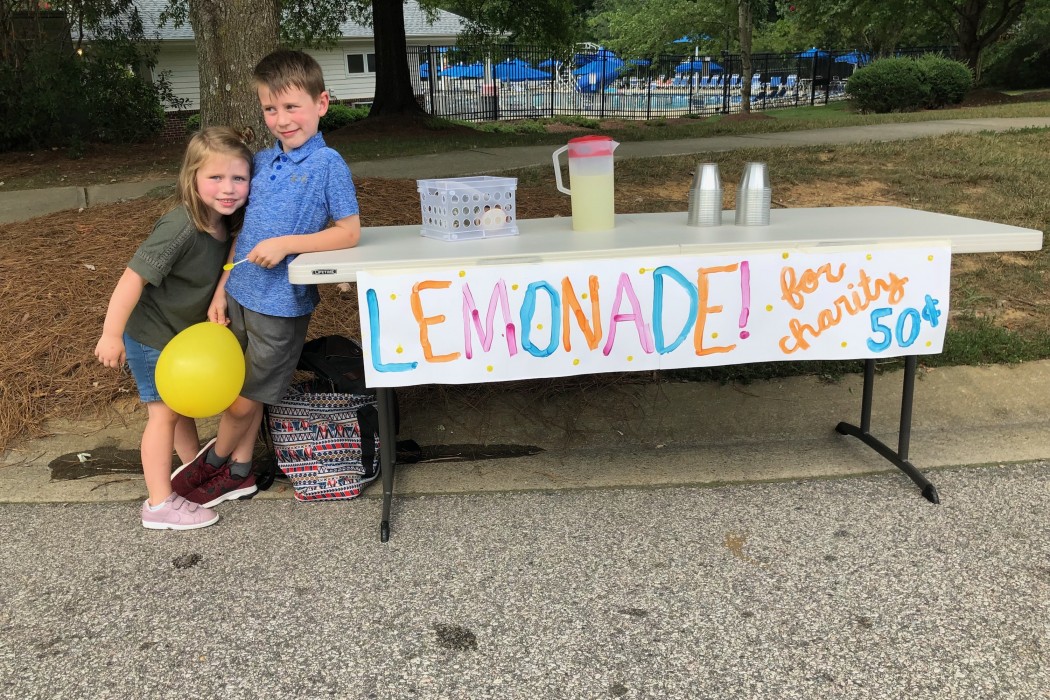 Some kids are learning how to give back at an exceptionally young age. One July afternoon in North Carolina, HemoHelpers Carter (age 6) and Ada (age 4) took time out of their busy summer schedules to raise money for hemophiliacs of Guatemala. They painted signs, made lemonade, waved balloons, and flagged down cars for the cause, which is an important one to them since they have many extended family members who have been diagnosed with bleeding disorders. 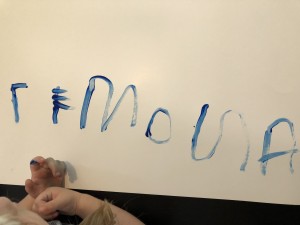 Ada spelling out the word: LEMONADE

Lemonade! Lemonade! Get your fifty-cent lemonade!

“Occasionally Ada accidentally yelled, ‘Free lemonade’, which shocked and appalled Carter,” their mother Erin, admitted. “They were just so excited to tell people about HemoHelper and about their upcoming donation to the bleeding disorder community in Guatemala.” 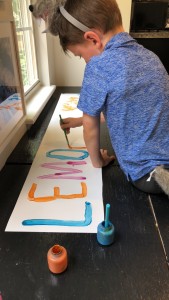 We truly applaud this family for their creative efforts, their dedication to the cause, and for the $30 donation (!) we received from two of the cutest little fundraisers in the world. THANK YOU!

Hosted by: Rick Kelly Guest: Rich Pezzillo In this episode of the HemoStories Podcast, Rick interviews the new Executive Director of the New England Hemophilia…