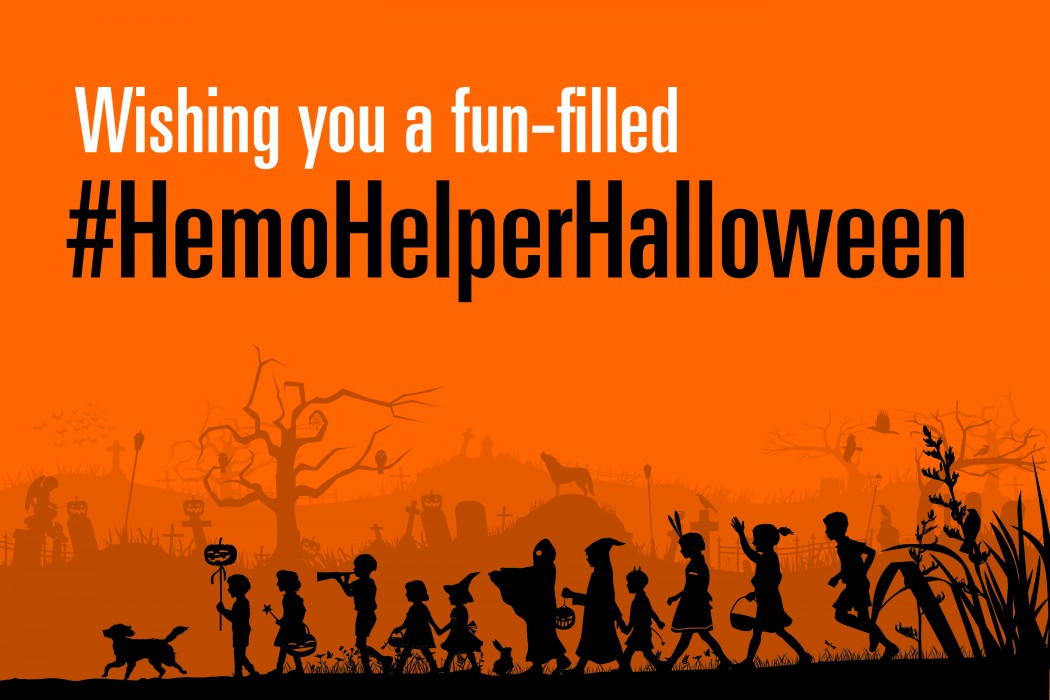 This event is not only a means of exercising your creativity, it’s also a way to spread awareness about bleeding disorders with your friends and family. Unique costumes are great conversation starters, and we encourage everyone to get involved! You’ll also have the chance to win prizes which will be announced during the month of October!

2. Use the hashtag #HemoHelperHalloween when you upload a photo of you or your loved one in your costume to Facebook, Twitter, or Instagram any time during the month of Oct. If your costume requires any sort of explanation, please include how it is hemophilia related in the caption.

3. Contest ends on November 1st, 2015. Feel free to dress up any time during the month of October, even if it isn’t your only Halloween costume this year!

Anyone is eligible for this contest. It doesn’t matter how old you are, or whether or not you have a bleeding disorder, so spread the word and invite your friends to participate!

By submitting a photo with the #HemoHelperHalloween hashtag, HemoHelper reserves the right to use the photo in promotional materials in upcoming years.

Also, PRIZES will be awarded! Winners will be featured on our website, will receive great prizes to be announced during the month of October.

We can’t wait to see your creative bleeding disorder-related costumes! Good luck and have fun spreading hemophilia awareness this Halloween!